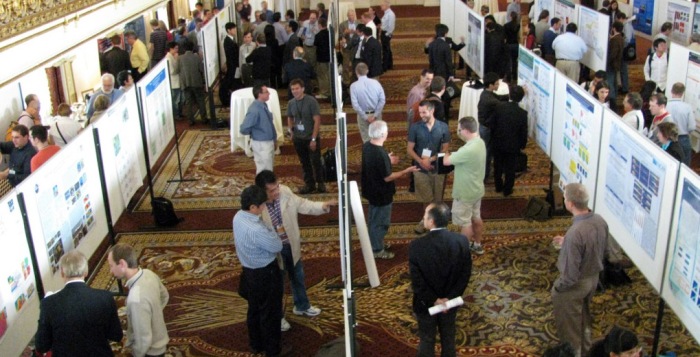 In many life science university departments, you’ll see that labs can be very often divided into two distinct, mutually exclusive categories. The first description I heard of this divide was from Laura, my Master’s degree supervisor, who in turn (I think) had inherited the concept from her own graduate supervisor in Minnesota (had I done a PhD instead of a Master’s degree, he would have been my ‘academic grandfather’ in the scientific family tree). For this article, I’m going to call the two types ‘Data-focused labs’ and ‘Presentation-focused labs’, or D Labs and P Labs for short. The differences between these two groups can explain a lot of why some scientific careers succeed or fail, and as I’ll ponder later, might explain some startup outcomes as well.

D Labs intensely care about data. Members of D labs spend very long hours at their bench, often with cutting-edge or skill-intensive technology, in the pursuit of groundbreaking results that can only be obtained through high ability and sheer effort. While D Labs often slave away for years conducting sustaining research, they are also the ones with the potential to generate outstanding disruptive data that has the potential to convince others in their research field. In essence, D Labs get the Nature papers. Unfortunately, what D labs do not do well is sell their research.

Students trained in D labs tend to have great data but absolutely no idea how to explain it, present it, or write about it in a way that anyone understands or cares about. Students or postdocs in D labs will get fantastic publications on the strength of their data and get offered interviews for faculty positions at prestigious universities, but then give abominably bad job talks, because they don’t know how to present their research or sell themselves- and don’t get the position.

P Labs, in turn, are the opposite of D labs. Students in P labs learn early and learn well that your research is only as good as how you present it. P lab members work hard at the bench, but not nearly as hard as D lab members. When faced with realistic-looking data (read: not totally clear; possibly but not certainly publishable), while the D lab approach might be to repeat the experiment over and over until better results are obtained, the P lab approach would be to frame it well, present it skillfully in posters or talks at conferences, and publish the results on strength of the discussion and knowledge translation. P lab students would ace that job talk, if they were ever offered one. Unfortunately, since the D labs are the ones with the really impressive data and publications, P lab products are often overlooked in the faculty hiring process. This is a shame, since the P lab approach usually develops the soft skills necessary to be a good professor: the ability to teach, explain, organize thoughts, and sell your research becomes far more important when you have your own lab and other people (your own students and postdocs) are doing the bench work for you.

I wonder to what extent the D lab versus P lab concept can be applied to startups. I wouldn’t be surprised if there were a D lab equivalent: startup teams that build an awesome product but never get out of the building and talk to anybody, and can’t find any buyers. I suppose, in that case, the P lab startups are ones who excel at all of the soft skill aspects of launching a company- learning from customers, finding investors, closing deals and so forth. If you wanted to really boil it down, you could simply say that D Labs excel at Product Development, and P Labs excel at Customer Development. I wonder what Steve Blank would have to say about this.

Whether you’re running a lab or building a company, I doubt you’ll get much success by taking purely the D approach or the P approach alone. What I can say is that, at least in science, the researchers who dominate their fields are the ones who can generate D lab data and give P lab talks. Is this surprising? Not at all. But I’m more interested in the students that are trained in and emerge out of labs, and what skills they’ve developed during their time there. Personally, I feel that most of what I learned during my graduate studies was P lab skill- yes, I learned how to do lab work, but that’s not what I’m taking out of this degree going forward. I wish more people in grad school, especially in science, would realize that their degrees are much more useful than just as a funnel into an academic career. Perhaps this kind of categorization will be helpful to those at the end of their degrees- or at the end of their time with a startup- who are wondering what they’ve learned from their experience.