When Did Things Happen?

To the extent that we were taught any history at all, I suspect that many of us learned our world history in a fairly linear fashion: “First the Greeks, then… Read more When Did Things Happen? →

Today’s newsletter is a partnership special: I’m filling in for Mario Gabriele at The Generalist, who is off this week and kindly offered me the opportunity to write a guest issue. So today will be something a little different from what I usually write: I’m going to tell you about a specific company I really admire, called Twist Biosciences. This essay will appear in both our newsletters this week. Two necessary parts here, before we begin: first, this essay’s purpose is to inform, educate, and spark curiosity – not to give… Read more Twist Biosciences: the DNA API →

One night, a young man who we’ll call Student went to sleep and fell into a strange dream.  Student: Huh, where am I? I don’t recognize this place.  In front… Read more Dancoland →

Michael, Dwight and Andy: the Three Aesthetics of the Creative Class

Six months ago I proposed The Michael Scott Theory of Social Class, which says: “The higher you ascend the ladder of the Educated Gentry class, the more you become Michael… Read more Michael, Dwight and Andy: the Three Aesthetics of the Creative Class →

World-Building and the Early Internet

Hello everyone! This week in Dancoland, Jim O’Shaughnessy and I have a fresh podcast recording for your enjoyment. Alex Danco: Everyone’s job is World-Building | Infinite Loops You can listen to the whole episode at the link above. Here’s a lightly edited transcript that pulls out what we talked about in the first half of the show, which is all about: -The difference between capital and sales in a world of scarcity versus a world of abundance -Why everyone’s job is world-building now -World-building on the early internet, and how… Read more World-Building and the Early Internet →

What’s going on here? There’s a literal explanation, sure. A few weeks back, a ransomware attack forced a US pipeline company to shut down a major fuel artery supplying the… Read more Civic LARPing → 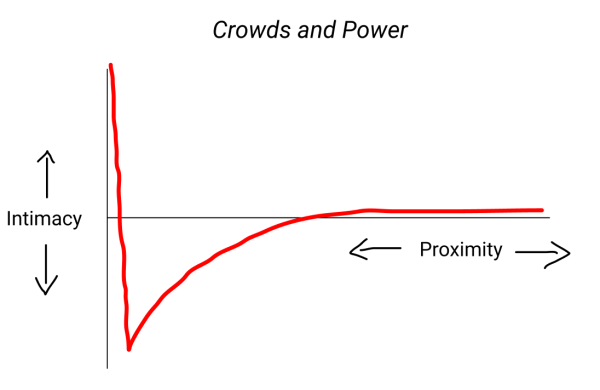 The most pure expression of power you’ll ever see is standup comedy.  I don’t mean the greatest magnitude of power, mind you. Most standup comedians are broke, and most comedy acts… Read more Power, Proximity, and Standup Comedy →

Maybe it was a subconscious thing or something, but when I wrote the essay on World Building a couple weeks ago, I had clearly already started thinking about the future… Read more Building the World of Alex Danco’s Newsletter →