I’m happy to finally share a thesis I’ve been chewing on for a little while. I call it The Michael Scott Theory of Social Class, which states: The higher you ascend the ladder of the Educated Gentry class, the more you become Michael Scott. We should start with one background assumption, which is I’m going to assume you’ve watched The Office (The American version) or at least have a passing knowledge of the main characters. If not, then this idea will probably not land as hard, but I hope you read… Read more The Michael Scott Theory of Social Class →

Toronto is not the next great startup scene. Neither is Waterloo, or Vancouver, or anywhere in Canada.  I’m sorry that I have to write this. I really am. I want it to work. But the growing chorus of aspirational claims that “Toronto’s tech ecosystem is growing faster than anywhere else in North America” or “The Toronto-Waterloo corridor is ‘the nice person’s Silicon Valley’” honestly do not portray an accurate picture of what we’ve built here.  To be clear: I am not saying there are no individual success stories of Canadian startups, or that there are… Read more Why the Canadian Tech Scene Doesn’t Work →

This week I have a really interesting interview to share. I talked with Kris Bennatti, the founder & CEO of Bedrock AI, about one of my all-time favourite topics: fraud.  Kris is a data scientist by trade, and started her career in external audit as a CPA at KPMG. She’s now the founder of Bedrock AI, and leads a team of researchers who use unstructured data to understand and predict corporate malfeasance, fraud, and other bad things. She spends a lot of her time thinking about fraud, earnings manipulation, and… Read more Fixing Audit Won’t Fix Fraud: An Interview with Kris Bennatti of Bedrock AI → 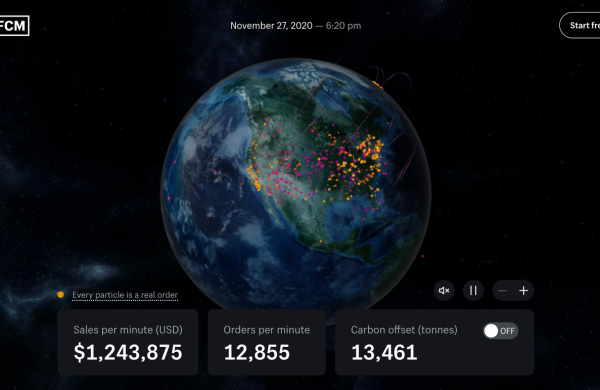 It’s Black Friday / Cyber Monday weekend, the biggest days of the year for Shopify. Inside our HQ, it’s just called “BFCM”, and it’s a very big deal. In our… Read more BFCM →

A couple years ago when I started this newsletter, the inaugural post was an introduction to René Girard. I’ve been meaning to rewrite it for quite some time. Today – Election Day, 2020 – seemed like a pretty good time to do that.  In my opinion, Girard’s worldview on mimetic desire, differentiation, and scapegoating is still the best way to understand Trump and the MAGA movement. So I went back and substantially rewrote the original Girard essay. I think this one’s a lot tighter and better, and clarifies some of… Read more Election Day 2020: René Girard, Part 2 →

I’m now six months into Shopify. So far it’s going basically on schedule: as I was told, “Your first couple months you’re going to have zero idea what’s going on. Then around month three you’ll come up for air and think, ok, I got this; and then you’ll try to start doing stuff. Then you’ll really struggle, because you won’t be in that happy new float-around-and-learn-people’s-names mode, you’ll be in oh-shit-can-I-really-do-this mode. It’s actually a little scary. But then around month five or six, you start to actually figure some things out… Read more Six Lessons from Six Months at Shopify →

You may have contemplated, or been asked at some point: “How will homeownership and residential real estate change after Covid?” In my experience, most of these discussions become far-fetched hypotheticals… Read more Covid Kills Inertia: Homeownership Edition →

Nadia Eghbal’s new book, Working In Public: the Making and Maintenance of Open Source Software, may not have been on your short list of books to read this year. It’s admittedly a nerdy topic: it’s about open source projects, roles and responsibilities; the rise of GitHub as a developer platform; and how developer culture is evolving around the new power of creator platforms.  I recommend you get it. It is mostly about software development, but the core insight of the book is bigger: Eghbal clearly sees and articulates something important about… Read more Making is Show Business now →